Well depending on your gear, yeah it is, but it's not the lumens that are causing this.

Now, this article will be addressing concerns of whether or not high powered underwater video lights affect, or scare away marine life, and how you can reduce the risk of harming marine life, and increase your chances of a better wildlife encounter, and consequently better footage by looking for dive camera lights with this one quality. 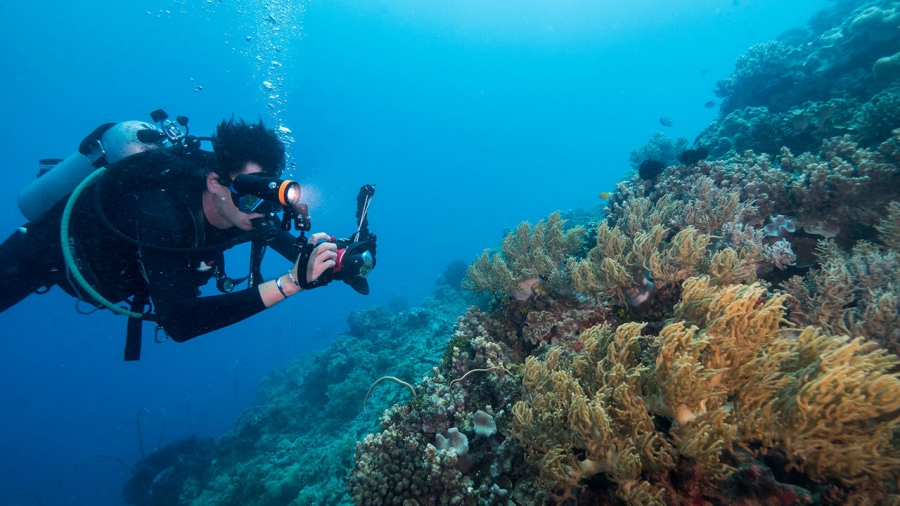 Regarding flash photography and the use of underwater strobe lights, there are multiple studies that suggest for several species, such as seahorses, frogfish, pipefish, and benthic fishes, that the answer to that question is in most cases no, strobes do not affect the behavior of the animal any more than the simply the presence of the diver. The reasoning behind this is that most decent quality strobes will flash with a beam of light that closely resembles natural sunlight, where the animal's eyes are able to adjust, and the light is consequently nonharmful or irritative and doesn't spook the animal.

However, this becomes more complicated when we start talking about video lights which produce a constant light. Being able to hold a constant light that closely resembles the properties of natural light becomes increasingly difficult. What we're talking about here is in my mind the most valuable thing in underwater lighting, a lights Colour Rendition Index, or CRI, which is a significantly less sexy topic to discuss than lumens, kelvin, or battery life, probably why a lot of us have never heard about it.

Simply put, the higher your CRI the closer your light resembles natural sunlight and the closer it gets to fully reproducing the full-color spectrum, and the lower your CRI, the more artificial your light is, the less of the color spectrum it reproduces, and shaper more straining its light peaks are.

What this means for underwater photographers practically is, when you approach an animal with low CRI lights on, the animal will see the unnatural light source and either get spooked and swim away or react poorly and try to hide. It's also possible to harm the eyes of these animals with unnatural lights. Alternatively, when shooting with high CRI lights, you are producing a far more natural light, more closely replicating sunlight, and consequently, the animal is less likely to be spooked, less likely to swim away, and less likely to be harmed. Meaning you can get closer, better encounters and footage. 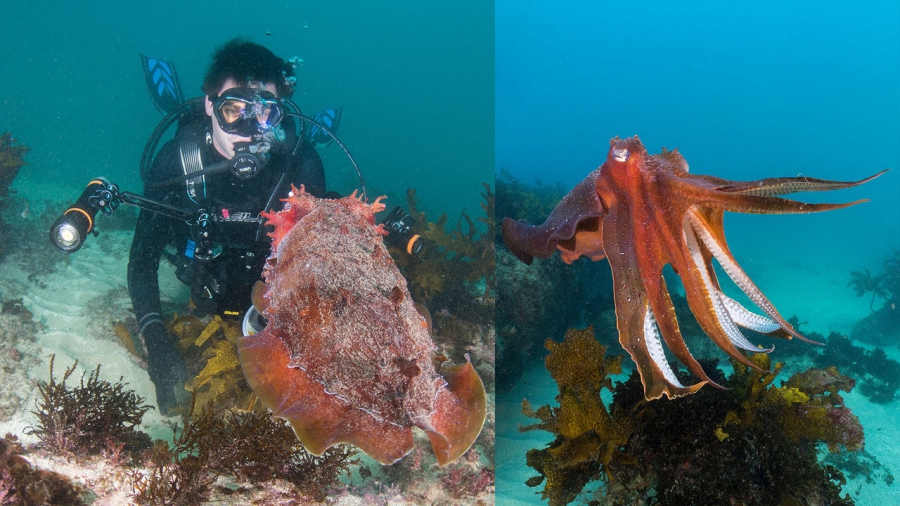 It's exactly the same with the human eye. If you've ever spent a long time under fluorescent lighting you'll know how tough that can be on your eyes. That's because the light is unnatural, with a low CRI. On the contrary, the human eye can withstand much much brighter lights in a room with high CRI lights, without being strained. This is similarly true for a large array of wildlife. If you want to get close and get those epic encounters, you can't be pointing irritating or harmful lights towards your subject or it will simply get spooked and swim away.

Now if any of you know my work, you'll probably know that I have been using OrcaTorch dive lights for the last few years. And that's because the quality of light they produce is extremely good, their D950V has one of the highest CRI ratings available on the market at 92 out of 100, and they can maintain this quality with a lot of power. What you'll find is that almost all light companies make underwater video lights in the 70 to 85 CRI range, and even a drop in a few CRI results in massive changes to the light quality, and as we've discussed wildlife interactions.

Also what you'll find is that the lower the CRI rating, the more green light and the less red color the light emits. As you likely know, the main reason you're using a video light is to get correct the green tone of your footage and to add back the loss in the red color you experience while diving and shooting underwater. With a lower CRI light what you end up doing is lighting up your green footage, with a green light, which is obviously way less desirable than correcting your green footage with natural light.

This is truly an example of you get what you pay for. If you want to film those epic wildlife encounters with accurate colors, with less chance of scaring or harming the wildlife, using a light with a high CRI will help you do that.

Obviously, the common sense test still applies. No shot is worth harming the environment you're in.

That's all I've got for this one, happy filming.

Watch the video to learn more.