What Should You Remember While Diving A Reef?

One of the main reasons why we go scuba diving is coral reefs. They are colorful and charming and very similar to jungle ecosystems with complex and full of life. So here are some things that you need to remember and keep in mind.

Be careful of stonefish. Everything that stone over there, that's a fish we actually call a stonefish. More importantly, stonefish is horrifically venomous, so don't touch it even if you think it's a rock.  it could hurt you all the entire time and kill you. Don't put yourself in a dangerous situation because of your curiosity.

Most of what you can see on a reef is actually some kind of plant or an animal and a lot of them can be quite dangerous. They have some sharp edges and stuff fire coral, and it could shoot a bunch of needles into your skin,  even if you just brush up against it and sometimes those tiny little needles need to be surgically removed from your skin. Consider your safety, it's better not to touch anything when diving a reef. 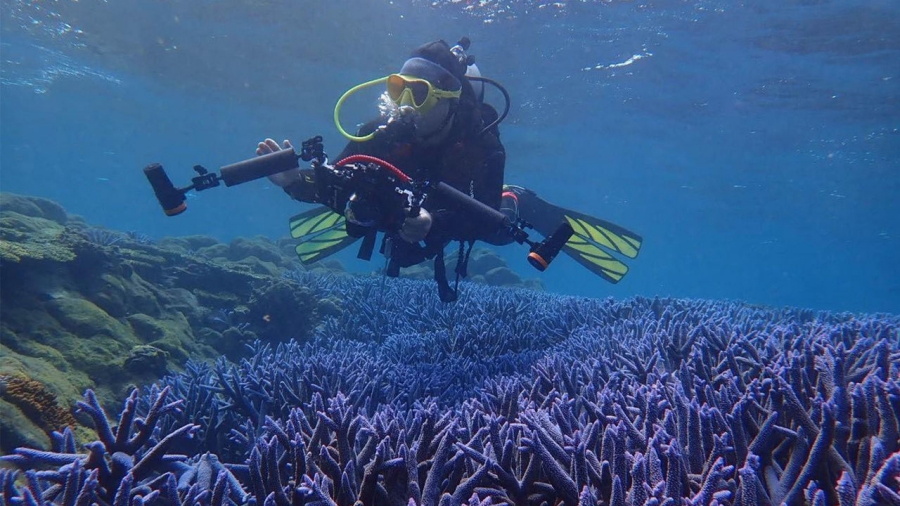 Don't shine your torch on animals that sleep.

If you dive at night, dive lights are necessary to carry. some underwater creatures only like to come out at night, and others sleep inside the reef at night for protection and of course, they react to light. So, shining your dive torch on them can get a reaction. But remember it's not again if you shine your torch on a fish that's asleep, then you're gonna wake it up and it probably won't go back to sleep for the night.  It's cruel for them.

A lot of things underwater are surprisingly fragile, and coral is basically like bone and it survived tens of thousands of years of waves and currents, and stuff bumping into it. But a scuba diver wearing large fins that they're not really used to can just destroy it in an instant once coral breaks it can take many many years to undo the damage. sometimes you just cannot undo the damage every time a diver bumps into something, it can cause all sorts of damage not paying attention and just letting current or movement carry you into the reef is a big taboo. So you need to pay attention and make sure that you leave plenty of space so that you won't bump into things.

Things like suntan lotion, your hand cream, and even the oils from your skin, when they are going into the underwater, can damage the reef. So even by touching a rock that is in fact a rock you could be killing the algae or the sponge or all sorts of things that's growing on top of. This could be a catastrophe.