The world's most well-known diving resorts are mainly distributed in tropical islands relatively far from the continental shelf. Because under such natural geographical conditions, with the exposure to sunlight, abundant marine life and coral reefs will grow. And if you need some dive gear to shoot these coral reefs, maybe OrcaTorch UV dive light is more suitable for you! 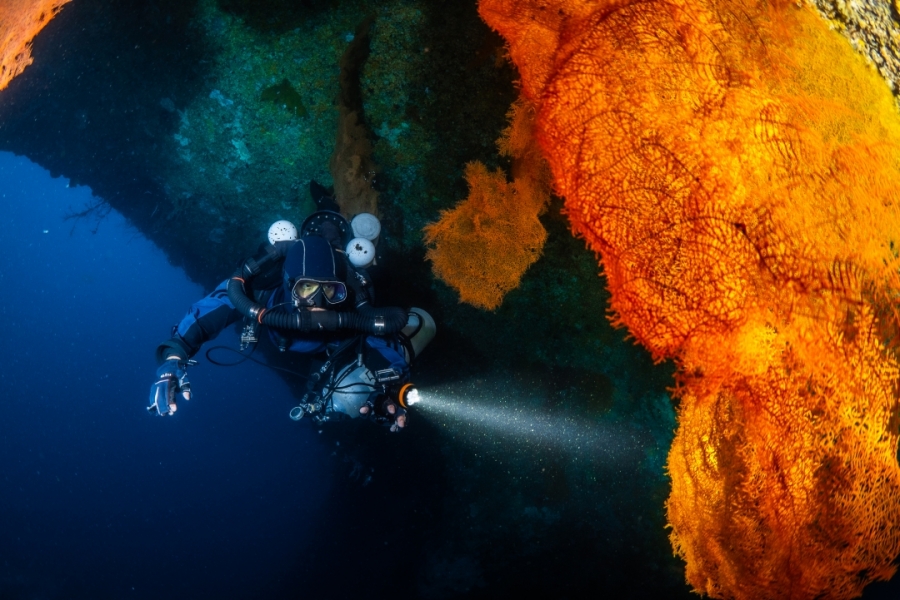 Belize's Great Blue Hole is undoubtedly one of the top ten diving destinations in the world. A blue hole is a proper term for a cave that suddenly sinks deep into the ocean. There are many blue holes in the world, but the Great Blue Hole in Belize is the most famous. With a diameter of 400 meters and a depth of 145 meters, the stalactite groups in the cave are intertwined and complex, and there are a wide variety of sharks.

Cocos Island in Costa Rica is the filming location of the movie "Jurassic Park". The sea is relatively calm in the dry season, you can see real sickle sharks and manta rays, and many hammerhead sharks can be seen in the rainy season.

Ecuador's Galapagos Island, far away from the American continent, is a World Natural Heritage site and is home to many rare marine animals, including a shark called the Hammerheadshark (ax shark).