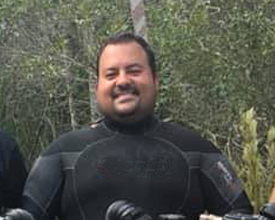 As an instructor for IANTD and SSI, Gus is passionate about sharing his love for diving with his students, whether they are starting their journey as a brand new diver,  or they are seasoned divers, and this passion spreads through his podcast and videos. 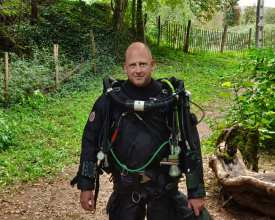 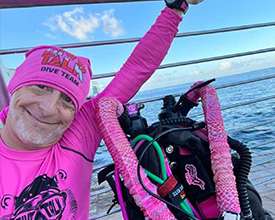 Scuba diving has been an integral part of his life for as long as he can remember. For almost 45 years, he has been drawn to breathing underwater. The connection to the underwater world is so powerful and healing that even when he is away from it for 24 hours, he is craving his next dive. When he is diving in the ocean in particular (although cave diving has its own magical powers as well), he is often heard referring to its unbelievable powerful energy as Ocean Soul. He loves the connection to nothing but his breath and the marine life world around him. 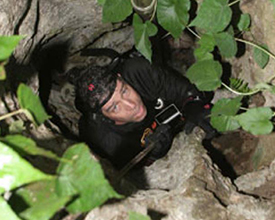 Mike is a member of the Advance Diver Magazine Exploration team as well as the US Deep Caving Team.

Recently Mike discovered a Mayan vase that dates back 1300 years while exploring and mapping cenotes (caves) in the Yucatan peninsula area. In 2010, Mike was on the J2 expedition, exploring a system in southern Mexico that is 1200 meters deep, and took 2 days of caving just to reach the water.

In 2011, Mike and the deep caving team mapped an underground river system in Puerto Rico that totaled over 23 kilometers in length, making it the world's longest underground river. Some of the area surveyed had never been seen by human eyes before.

Most recently Mike is leading an exploration team into Roaring River State park’s underwater cave system. They have now recorded dives to 472’ deep placing it as the deepest cave in the USA. (Using Orcatorch lights). 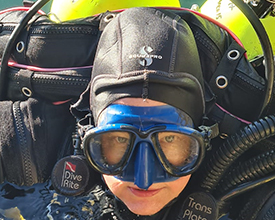 Karen is very passionate about technical diving and cave diving and in March 2021 set a new Woman’s World Record for the deepest Scuba dive with a depth of 236.04m, in Boesmansgat Cave in South Africa and in October 2022 bettered that record with a depth of 246.56m. Karen has a passion for exploration and also enjoys teaching others and sharing her knowledge and passion for technical diving.